This shirt was brought in anticipation of my trip to Barcelona to run the half marathon, it just so happened that Espanyol were playing at home that weekend so seemed rude not to go and watch the game, which they incidentally won 1-0 against high flying Real Betis.
I've always followed Espanyol since my first trip to Barcelona back in 2004, when only then I discovered they even played in the city after a trip up to the Olympic stadium. I felt a bit sorry for them, always living in the shadows of the mighty FC Barca. The rivalry between the two clubs seems quite relaxed, given their proud Catalan roots.
I purchased the shirt in Sports Direct as it was cheaper than buying from Spain but got it printed while I was over there at the impressive futbol mania store, the print is in the Puma "Gaffer" font worn by all the puma clubs this season, and hopefully next as its tres cool. I actually wanted the Mexican central defender Moreno 15 printed on the shirt but, from what my poor grasp of Spanish I understood, wasn't possible, so I went for the former Portuguese international Simao, who incidentally played for FC Barca a few years back. 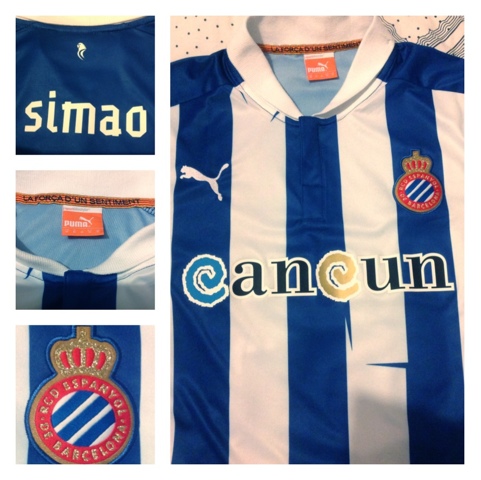 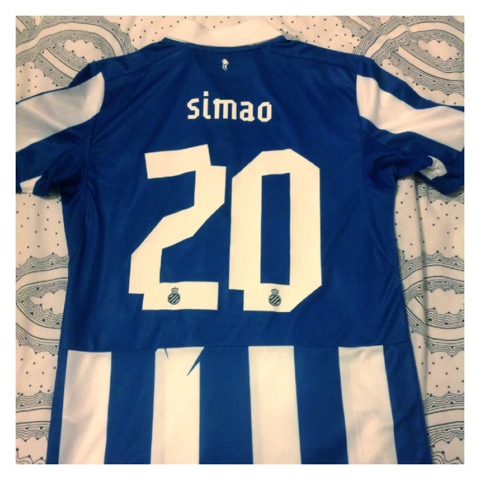 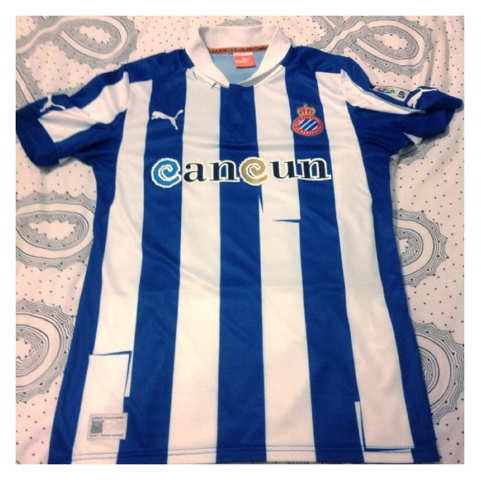