Another one from the MLS here, one of my favorites from the past couple of seasons. I had been looking all over for this shirt and eventually found it on eBay, got it for a great price in youth XL and managed to avoid that pesky eBay global shipping program! The shirt features the four stars which crop up a lot on the Fire jerseys. I believe the new third shirt which was designed by a fan who won a competition uses the stars also. This shirt is actually the current away shirt having been used for two seasons, very rare in this day and age! I love the Quaker sponsor on this, really adds to the design and makes it that little bit more unique. 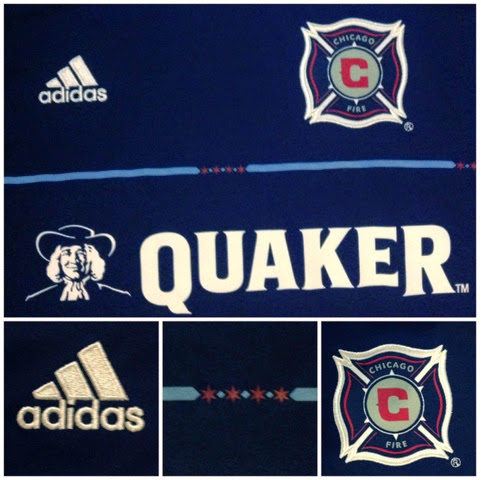 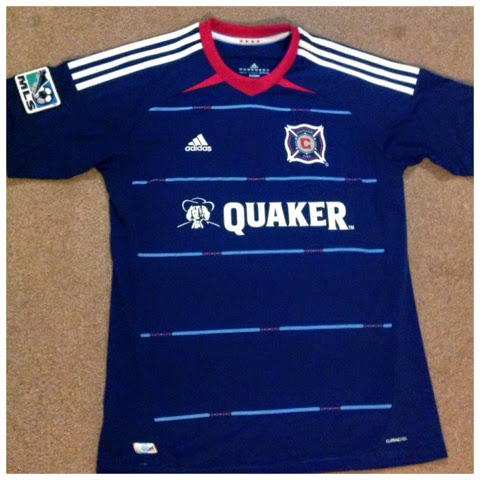 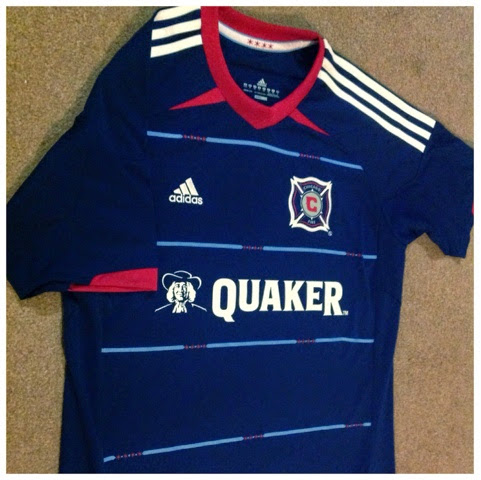 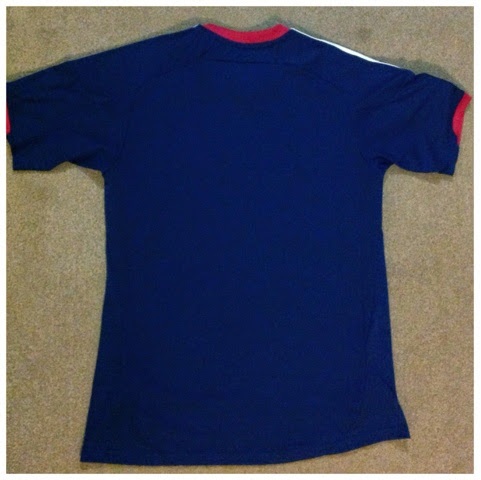 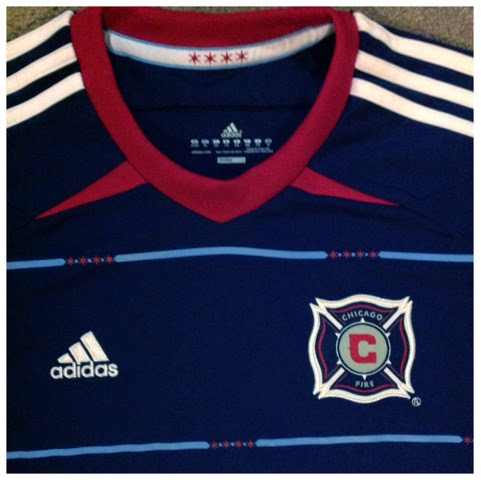 Another one I was going to post during the World Cup but didn't quite get around to.....
This is the Portugal home shirt from 1998 through to 2000. Although I dint realise at the time I think this is actually a player issue. I've since noticed the replica shirts have the size label in the bottom right corner where as this one doesn't, also the numbers would suggest its player version. I've no idea if its worth much, especially given the peeling to the numbers but it only cost a couple quid on eBay so not really bothered. I had the away shirt from the same year, but lost it years ago so this was a consolation purchase. The Nike shirts of the late 90's were very distinctive with their designs, moving away from the garish and loud patterns onto the more classic/plain looking designs. 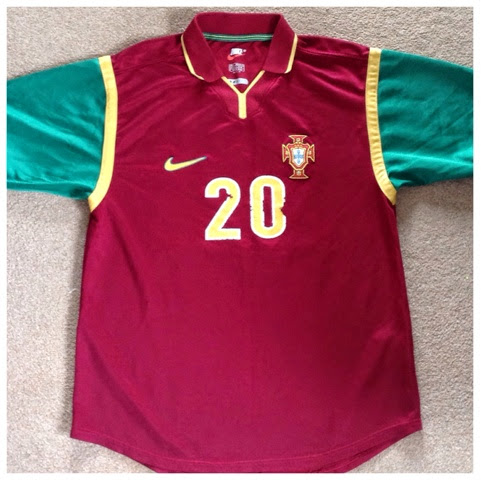 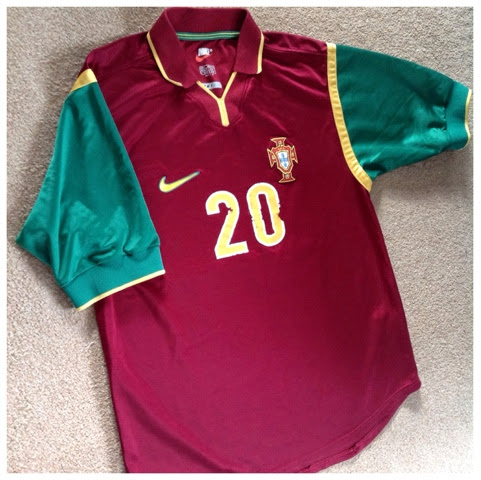 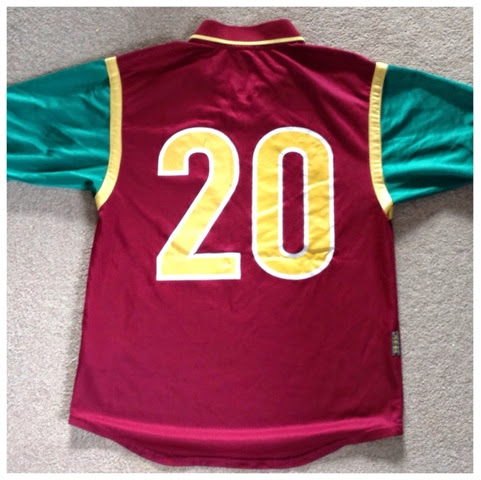 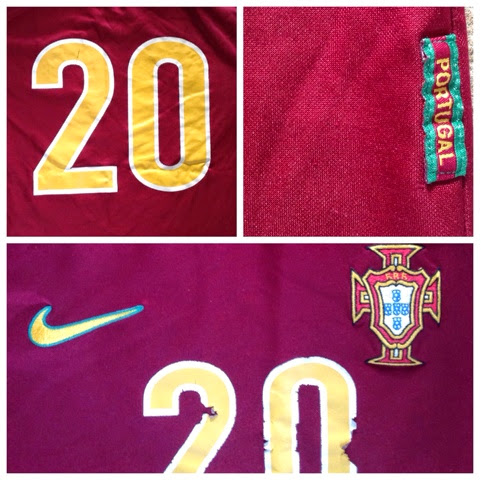 Bit late posting this, was going to do a series during the World Cup but never found the time! This is a very old shirt in my collection, seem to remember buying it with my first proper pay packet! If memory serves me correctly this was from the 2002 World Cup which was in Japan and Korea. This is probably one of my least favorite shirts in my collection but as time goes on may well end up being the most valuable, given its rarity. 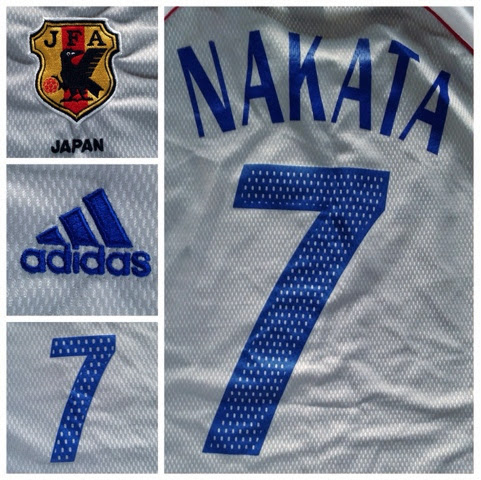 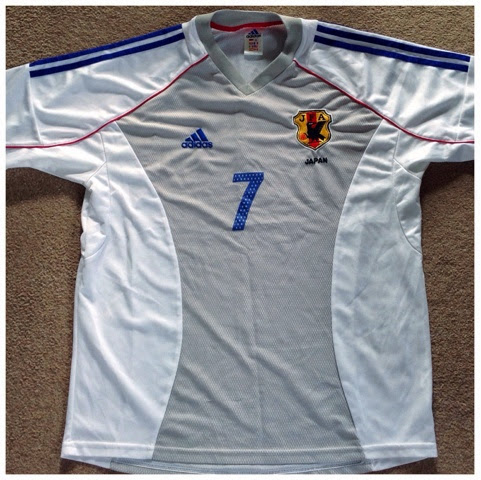 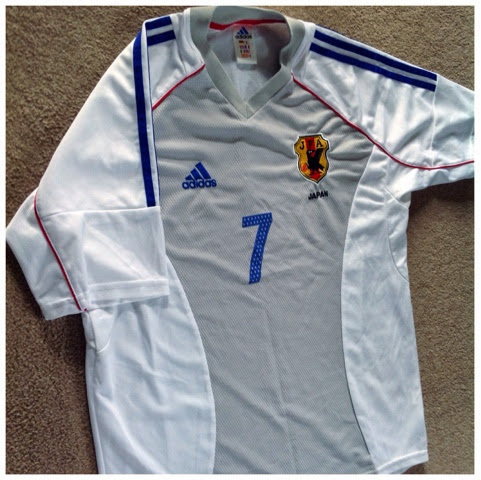 I first saw this shirt when I went to watch the Emirates cup where Benfica wore it against Arsenal. I knew I was going on holiday to Lisbon so decided to keep an eye out for a voucher code to buy it from the Adidas site. As luck would have it I was given a 20% off code after complaining about a previous order being late so used it to buy this shirt. As the Adidas shirts come up very large I was able to get a youth XL which brought the price down to £36 with the voucher.
I got the shirt printed up at the Benfica store Estadio de Luz for 15 Euros.  I decided to go for the Brazilian left back Eliseu as he impressed me during the match I saw over there, plus I really liked the number 9. These are by far and away the coolest numbers I have seen for a long time, and the white and pink goes so well with the rest of the shirt. 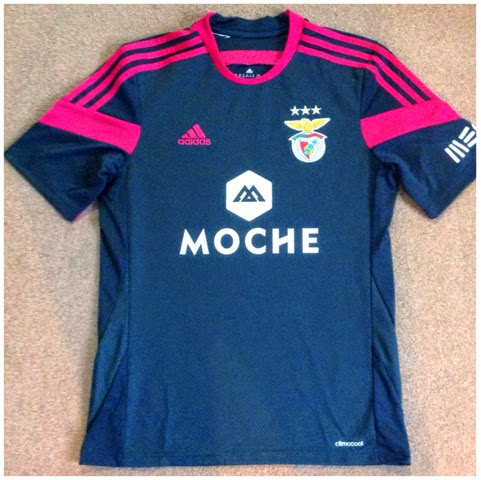 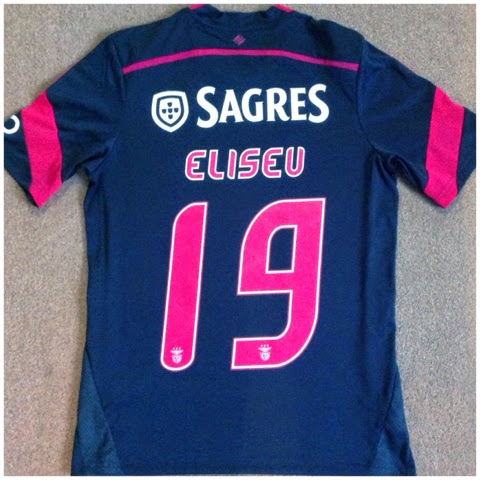 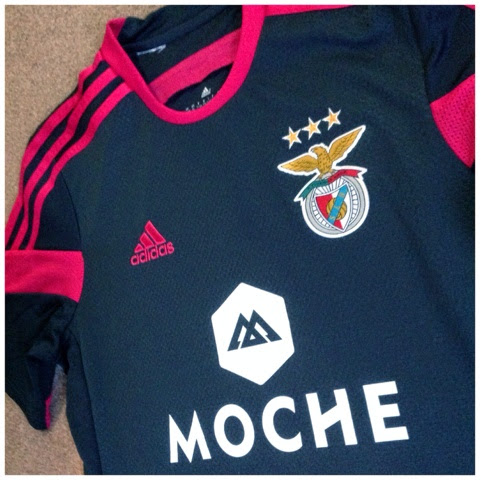 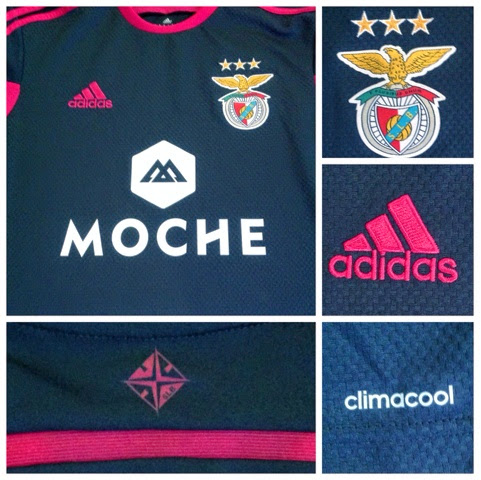 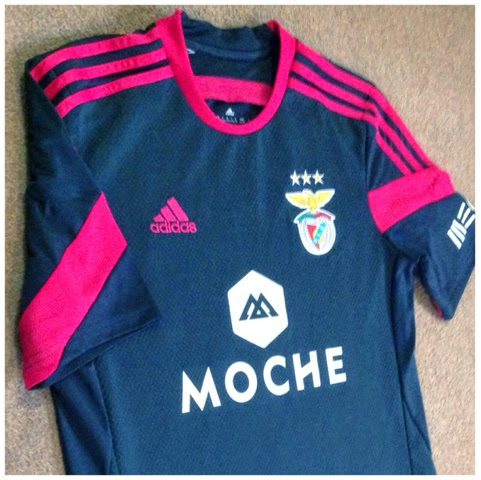 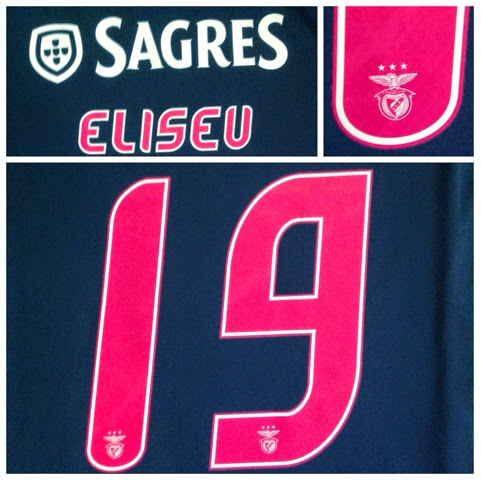 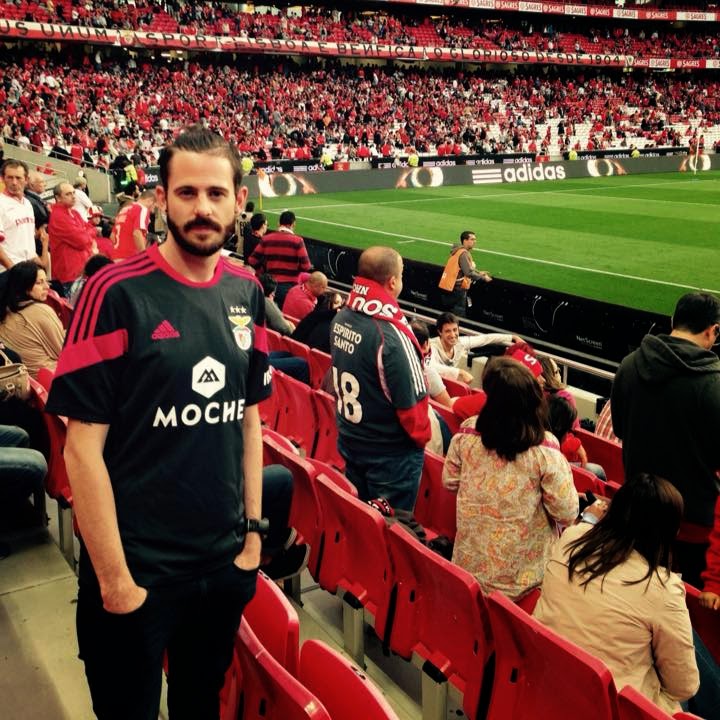